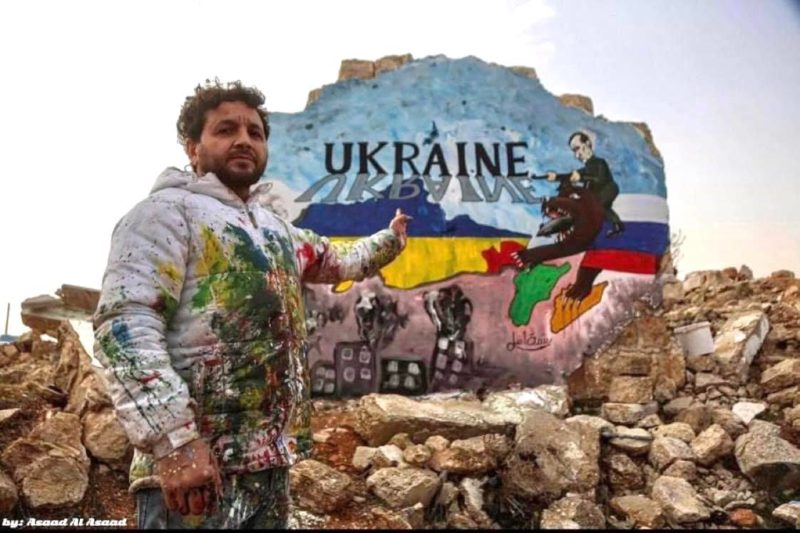 Ukraine’s invasion by the Russian army did not surprise the Syrians. Putin’s air base is mostly to be blamed for killing Syrian civilians, demolishing Syrian sites and cities, and expulsing millions of Syrians. As far as the Russian Army, upon Putin’s order, is currently committing war crime at large in the Ukraine, practices the same Russian army has been practising in Syria, without having to fear major reactions from the West, however. The solidarity with Ukraine’s civil society is hence particularly fundamental among syrians today. they, too, hope for their land to be freed from Russian occupation. Source: DSI Dt-Syrian information forum @dsi.forum (see facebook,
translation German – English: #berlinsights.de)